Fastest Growing City in the U.S. Gains One Source for the Truth in Revenue Management

The City of Seattle is a vibrant urban community of over 745,000 people, situated on the West Coast of the United States. The seaport city’s economic appeal, beautiful environment, and unique culture have created a thriving area often described as a “melting pot” of individuals from across the globe, leading it to be the fastest growing City in the nation.

What sparked the change

The City of Seattle’s population began exploding in the early 2000’s, with people of all ages flocking to the city for exciting career opportunities and a change in lifestyle. The city saw phenomenal growth, with a massive population increase of over 120,000 people between 2010 and 2017. Although the economy was taking off, the region was left with many challenges to overcome as a result of the unprecedented growth, each that proved costly.

When taking a deeper look into areas to maximize budget dollars to address their growth, the city realized their homegrown cashiering system was costly and relied heavily on IT support. Payment methods were evolving and their existing system couldn’t keep up. Seattle’s citizens expected online opportunities to conduct their business and, with the heightening of credit card incentive programs, credit card payments were at an all-time high.

With a mission to decrease IT support, replace outdated technology and improve research capabilities, the City began the search for a new solution.

The City of Seattle held a strong vision of developing a single system to meet the needs of the entire enterprise. To simplify operations and improve their revenue management practices, they sought an Enterprise Revenue Management (ERM) hub to provide one place to handle, research and report all financials.

With the search for a new solution, the City aimed to meet the following objectives:

One City. One System.

When the city chose iNovah, they gained the solution they were searching for. Today, Seattle uses iNovah to accept and manage payments across the enterprise. iNovah is used in 14 offices around the city, processing over four million receipts in 2017. Their revenue processes have been fully centralized, with 17 interfaces to the iNovah hub. iNovah’s real-time updates, research and reporting capabilities have provided them with an electronic fingerprint for visibility and accuracy into all audit data.

When discussing how iNovah has impacted their revenue management, the City identified seven key benefits.

The City of Seattle government abides by a “First touch, right touch” approach, particularly in the case of financial management. The adoption of iNovah has played an integral role in allowing the city to accomplish this.

In Seattle, the Treasury department is responsible for ensuring all incoming and outgoing funds are recorded to the General Ledger (GL). Because they handle funds from across the city, it’s important for payments to be posted correctly the first time for maximum efficiency.

With the “First touch, right touch” approach, each finance activity is only handled once.

iNovah makes this a reality. From mail handling to over the counter payment acceptance, City staff have a single place to determine how to apply a payment. iNovah’s centralized, fully-integrated approach has allowed the City to easily accept and manage payments, eliminating the misapplying of payments, avoiding errors, and saving staff time.

As 12-year iNovah users with 17 interfaces to the city-wide hub, the City of Seattle has mastered the concept of Enterprise Revenue Management.

In 2018, the City made a giant leap forward in their overall approach to accounting with their “First touch, right touch” philosophy, transforming financial management to one modern, streamlined process. Seattle partnered with System Innovators to build an integration from iNovah to PeopleSoft 9.2 to eliminate multistep processes and the risks and errors associated with using clearing accounts or not validating the GL. Instead of using clearing accounts and moving funds through journals as they had always done, the City wanted their funds applied correctly at the source of the original transaction.

To accomplish this, a new GL validation was designed to ensure accuracy across the board. In one easy step, iNovah speaks to the PeopleSoft GL to validate that chart field values exist, validate all combo edits, and validate project attributes for every transaction. When a cashier enters a payment, iNovah automatically checks the GL and sends a message back to the cashier communicating if the transaction is approved or if there is an error. This process helps the City of Seattle prevent posting and keying errors by catching them as they occur.

Having a GL validation prior to the completion of a transaction also prevents any invalid GL strings from being exported to the ledger or financial system. The benefits of the iNovah/PeopleSoft integration extend beyond transactions though, as cashiers or administrators can also run an export at the end of the day to update and report all activity, centralizing all GL activity in one hub. According to the City’s Treasury Cashier Manager, Katrina Gabrielson, the integration has played a key role in gaining consistency and centralization across all departments. “This implementation moved us to a project centric approach where our complex chart of account values could really tie revenue to expense. iNovah’s robust chart field validation has also allowed us to simplify reporting and eliminate entry errors, providing us better, more accurate data.”

“Projects are created by our Central Accounting team so all activity across all departments involved in a project are linked.  With the iNovah/PeopleSoft integration, we can now be able to report from a Project level and have all activity included,” said Katrina.

Like many governments, the City of Seattle encounters a variety of scenarios when holding funds are necessary. iNovah’s Trust Account Module has provided the City a tool to handle these financials, without risking avoidable errors in entry and lost funds.

Seattle’s use of Trust Accounts has given the city the ability to hold and successfully manage all city deposits in one central place, even in the case that funds are unidentified. The city uses two types of Trust Accounts, also known as Escrow Accounts, for their financials.

The most commonly used is the Treasurer’s Clearing Account. This account houses unidentified funds pending coding, allowing the city to hold money for deposit until its correct placement is determined. Although the funds are unidentified, the City is able to record them in the General Ledger and deposit the funds at their bank.  The Treasurer’s Clearing Account simplifies tracking for the city as iNovah manages all movement from the time of deposit until the time it reaches the right “bucket.” iNovah also handles the journaling of the money through the deposit and movement process, eliminating manual journal entry and the potential errors that result.

The City also utilizes Guaranty Deposit (GD) Accounts to hold money for the completion of a project or activity. For example, Seattle’s Department of Transportation requires funds held pending completion of permit work. Once work is completed, the deposit can be refunded using a customer interface from iNovah to PeopleSoft via the PeopleSoft single supplier upload. This implementation eliminated the need for the Treasury office to manually process refund checks for deposits held.

“iNovah has simplified many of our processes by adding a single interface and has greatly improved accuracy, plus we have the ability to add new interfaces as needed. Things that were previously done manually can now be done inside the system and we’ve added many new benefits. iNovah’s vast capabilities have improved the management of City-wide funds.” 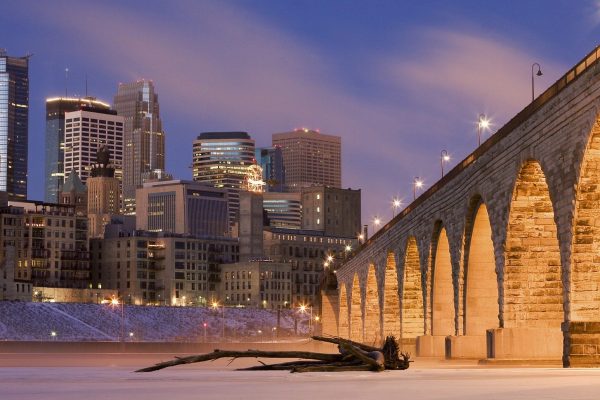